Blood on the snow 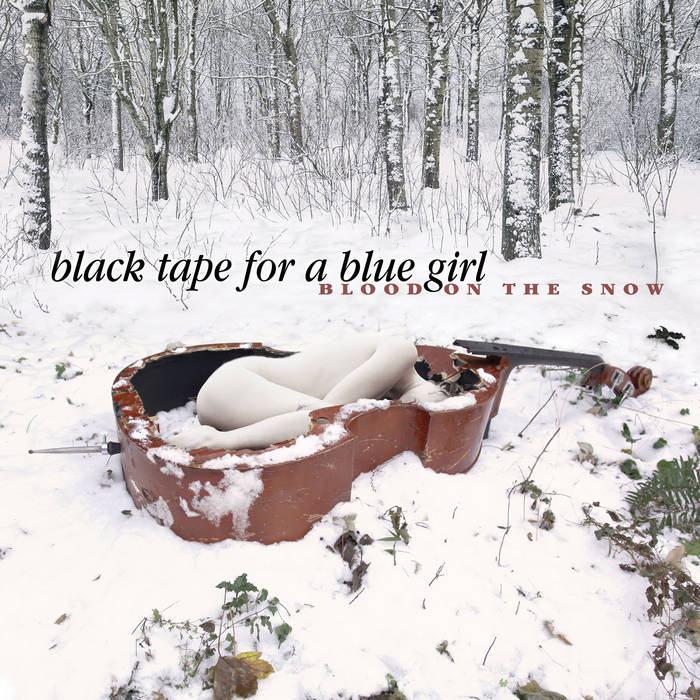 rikm A four track EP that finds Black Tape For A Blue Girl revisiting the Darkwave sounds and styles that defined much of their work in the nineties. Lushly orchestrated, richly detailed, and darkly beautiful, "Blood on the Snow" is a fantastic collection of songs...

Scott I love the tumult of the drums and strings near the end of "The Rubicon." Each song has its own personality but they share a common theme/feeling, in the classic Black tape style. Favorite track: the Rubicon.

This release continues stylistically from These fleeting moments and features the same band. Oscar & Dani sing; Nick plays viola; Brian plays drums, and Chase plays guitars and synths on one track. I wrote the songs and play guitar and electronics.

The lyrics are darker and bleaker than the album; I get a sense the theme is futility, though perhaps more specifically it’s about dedication to lost & hopeless causes. The dark mood of the last six months of American politics inspired a desolate and worried anxiety as I was writing these songs.

(Read more about the themes of Blood on the snow on this Kickstarter update: www.kickstarter.com/projects/samrosenthal/black-tape-for-a-blue-girl-blood-on-the-snow-cd-ma/posts/1788591)

This is the maxi-CD that was funded at Kickstarter: kck.st/2hHHSfZ -- We launched the campaign to raise $1500 to create a collectible edition of Blood on the snow for supporters. We reached the goal in 4 days! 12 hours later the 100 Exclusive Edition CDs (signed, numbered, with backer's name in the booklet) were all pledged. An additional 50 unsigned / unnumbered Standard Edition CDs were added, which sold through on the final day of the campaign. 50 additional standard copies are for the band and a few for Audioglobe, our Italian distributor.

If you'd like to provide ongoing support to the band, I have a Patron page for my music. blacktapeforabluegirl.bandcamp.com/patron

This is where dedicated fans of my work with Black Tape For A Blue Girl and side-projects sign on to provide ongoing support on a monthly basis to assist me in following my muse. In exchange, they get unreleased (and possibly never-to-be-released) music and a fan community where we are chatting about all sorts of things. Thank you so much to everyone over there!