with a million tear​-​stained memories (2CD) 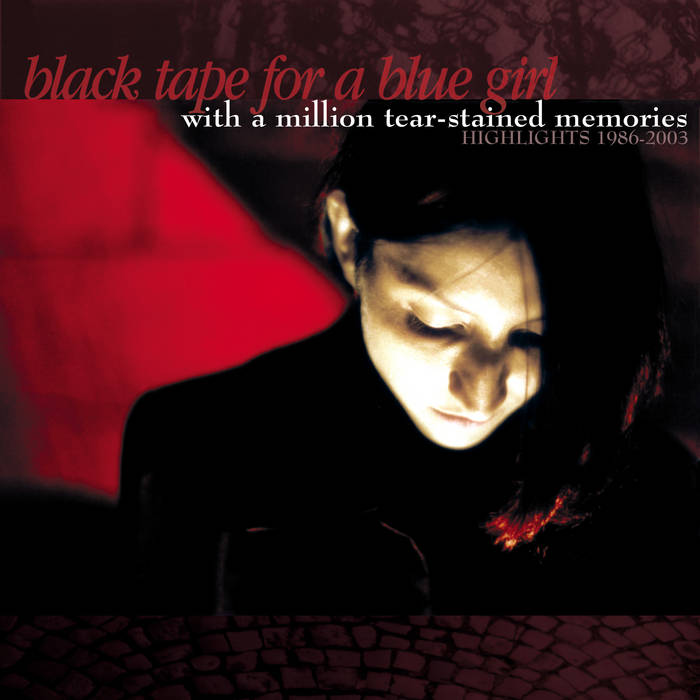 Scott a comprehensive collection of classic BTFABG at the time. the inclusion of an instrumental disc makes it sweeter Favorite track: we watched our sad-eyed angel fall.

with a million tear-stained memories

In 1999, Trisol Records in Germany released a European edition of AS ONE AFLAME LAID BARE BY DESIRE. For the next album, they requested a BlackTape “best of.” Thinking art (and not commerce) I proposed a 2CD best of with one disc vocal tracks and one disc instrumental, excluding the band's "hits." Alex was a fan of the band and he went with it. We chose “Highlights 1986 - 2003” as the subheading rather than “best of." Projekt released the album in the USA a few months later.

This album has never been available digital until now. 2 tracks are digital for the first time: “memory, uncaring friend (2003 version • bret)” & “kinski (steve roach remix).” The excerpts from “for you will burn your wings upon the sun” & “like a dog” haven’t been available in excerpted forms.

The album title extends the song title “with a million-tears” off MESMERIZED BY THE SIRENS.

A milestone in ethereal/heavenly voices history!

As the ultimate collection, WITH A MILLION TEAR-STAINED MEMORIES presents 31 tracks from blacktape’s first 17 years. Limited to 2250, this 2CD set is divided into a vocal and an instrumental disc offering fans two diverse listening experiences. Disc 1 begins with a new 2003 re-recording of the first song from their 1986 debut album, THE ROPE(with Bret Helm on vocals); disc 2 begins with an exclusive Steve Roach remix of the song “Kinski” from 2002’s, THE SCAVENGER BRIDE. In between, this collection contains music of legendary and beautiful proportion offering a unique blend of ethereal soundscapes, heavenly voices and neo-classical songs with a touch of gothic stylings. To complete this special release, the cd comes with a 16 page booklet of lyrics and stories from songwriter Sam Rosenthal.

Black tape for a blue girl have a reputation as one of the few bands able to reinvent and create current music from the origins of the Gothic genre. Over the years, the band has continually reconfigured itself with new members adding their distinct talents to the band’s sound. The powerful and enchanting combination of male and female vocals propel the songs with melody and harmonies. Sam Rosenthal’s touches are present throughout. His lyrics deal with an existential search for truths and understanding, setting up black tape for a blue girl as one of the few bands to take to heart the work of Sartre, Kafka and Duchamp (often all at once in a jumble of personal contradictions). His subtle and sensual electronics form the foundation upon which the other musicians’ work appears.

“I see myself more as a playwright,” Sam comments. “I create the songs and the characters that populate them, bringing in others artists to add their talents to help me realize my ideas.” Setting this CD apart is the stunning work of violinist Vicki Richards, trained in the early 70’s in Indian Raga as well as western classical modes. Her performances with black tape for a blue girl are an important element of the band’s overall sound, draping the music with an elegant and passionate classical aura; reaching a pinnacle in the suite of songs that conclude disc 2.

Sam adds, “For me, an album is a complete work of art. From the songwriting, to the performances, to the photos I shoot for the cover. My goal on WITH A MILLION TEAR-STAINED MEMORIES was to create an album that stands on its own, even though it is comprised of tracks from throughout my career. I did the cover photoshoot with Shikhee of Android Lust as homage to my 1986 debut, THE ROPE. Even though we go through years of emotional and mental evolution, there are still threads that tie us right back to the beginning.”

On the cover: Shikhee of Android Lust (though she does not perform on the album)