The Sleep of Reason (remastered)

by The Sleep of Reason 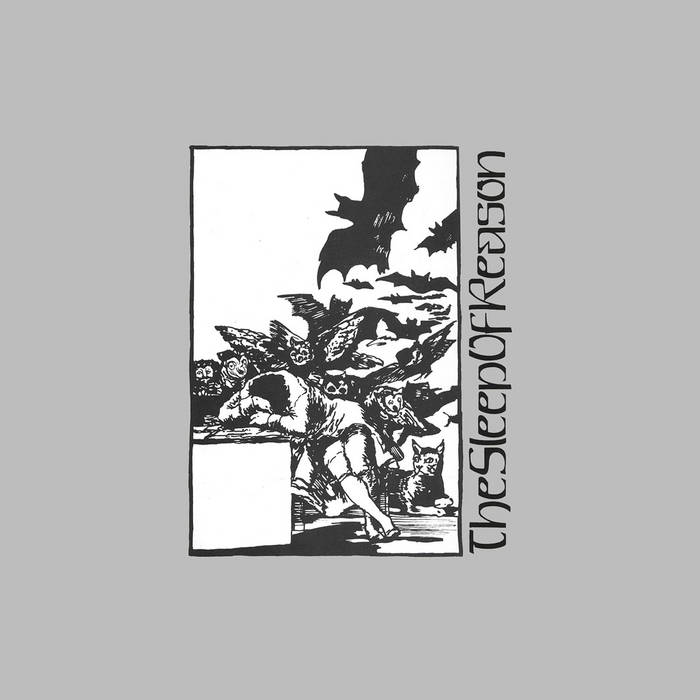 Before there was black tape for a blue girl, before there even was Projekt Records, there was The Sleep of Reason. Back when groups like U2 and Echo & The Bunnymen were still underground cult bands and goth hadn’t been discovered on America’s shores, Herrera’s early eighties “post-punk expressionist rock” band were developing a strong following from their Miami, Florida homebase.

“They seem influenced by British drone-rock, but they don’t have that self-pity thing. There’s a feeling of urgency and pleading, but with an edge of confidence in the singer’s voice. No hit-type tunes here, more like a mood, or a descriptive travels-in-a-strange-land soundtrack.” – OP MAGAZINE, 1984

Remastered in 2011. Sam wrote: “These three tracks were continuously spinning on my turntable in the mid-80s. I loved Oscar’s band. When I heard that DJ Matthew Griffin in Boston was spinning these tracks I thought it would be great to give them a modern remastering. I boosted the bass and compressed them to bring it all together and make them more punchy. These are great songs and I’m excited to have people hear them again, 28 years later!” (Now 32 years later).