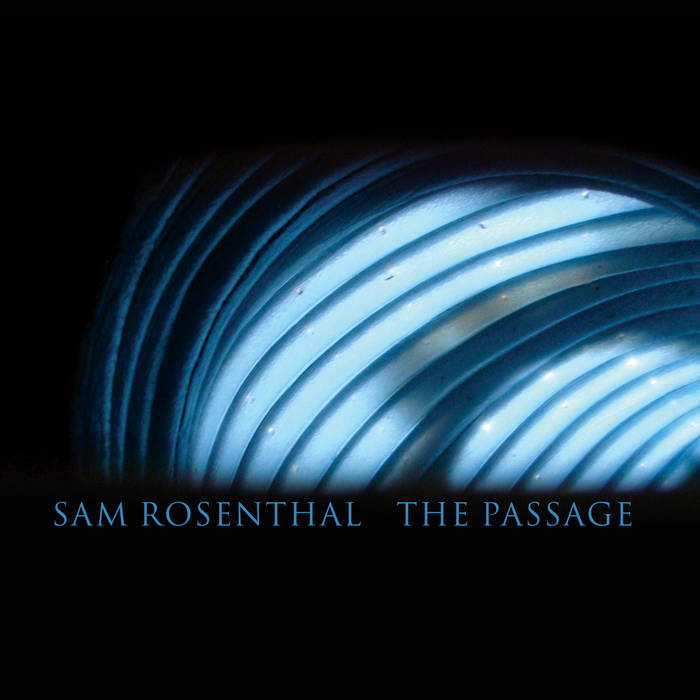 Scott I was listening to this on CD earlier this year and had the idea that The Passage is a little like Orpheus' return from the underworld, except this time he manages to avoid looking back--that triumphant moment of return to life is represented by Rae. The dramatic moments aren't in the music, they're drawn out of me by the sounds, and that is just how it should be. Favorite track: Rae.

I have a Patreon page for my music. www.patreon.com/blacktapeforabluegirl Patreon is a crowdfunding site built for "empowering a new generation of creators to make a living from their passion and hard work." This is where dedicated fans of my work with Black Tape For A Blue Girl and As Lonely As Dave Bowman sign on to provide ongoing support on a monthly basis to assist me in following my muse. In exchange, they get unreleased (and possibly never-to-be-released) music every month. Thank you so much to everyone over there!

A foray into the realms of pure ambient from Black Tape For A Blue Girl founder/songwriter Sam Rosenthal. The two pieces submerge the listener in a self-sustaining environment of warm electronics & minimal processings with an unresolved, yearning string theme. The vast field of harmonious resonance & granular sound moves gradually and languidly, time stretching and evolving, rolling back into itself.

Audio waves swell and ripple out, no tonal transformations, more minute calibrations; Koan-esque, layers are set in motion and simply left to go with their own flow.

The recording history of Sam Rosenthal is long and shifting, though mostly a story of dabblings in ‘Dark’, whether ‘wave,’ ‘cabaret’ or ‘ambient’ variations. Founder of Projekt Records and curator of black tape for a blue girl, his debut, Before the Buildings Fell, was fully two and a half decades ago. It’s a long way from that to The Passage, though not that far from a sound realized back in the mists of 1992 on Terrace of Memories with Vidna Obmana. The Passage could in fact be viewed as an opening out of an electronic instrumental approach briefly touched on in some of btfabg’s releases before their shift to dark cabaret.

The main track is in effect an extended ‘mix’ of a track from btfabg’s As One Aflame Laid Bare by Desire, itself reworked for Projekt-released meditation album, Ananda Nidra: Blissful Sleep. It presents as a soft-focus swirl of deep-voiced recursive swells threaded through with an unresolved micro-symphonic motif, as if this offcut of Black Tape had been packed off to the space music school of Steve Roach to have its gothic romanticist edges smoothed out. Fading in from the threshold of silence, lustrous pads shift over a velvet base of oceanic drone, evolving into a field of harmonized granular resonance in languorous time-stretched motion. They slide over and around each other in a liquid expanse of mellifluous undulations, the translucent upper strata by turns coloured by insurgents from the inky depths then refreshed by light-toned revenants, before eventually The Passage through gathering gloom is negotiated. All revolves around incursion, dissipation and recursion, around encounters and isolations—of figures whorled within and floating free from the centre before eventual confluence with the sound current. Shorter companion piece, “Rae,” ushers in a brightly contrastive influx of sonic iridescence from btfabg collaborator, Vicki Richards, whose violin sonorities surge, arcing, cathedralesque, in effulgent climax before fading to silence.

Over the course of The Passage, Rosenthal makes much of modest materials, spanning four decades of ambient space, from Eno’s 70s-80s purism (Discreet Music to Thursday Afternoon period), through Vidna Obmana’s 80s-90s post-industrial and tribal shades (Trilogy), to the cross-millenial space tracts of Roach, whose Immersion series The Passage is closest to in spirit. Audio waves swell and ripple out, no tonal transformations, more minute calibrations; Koan-esque, layers are set in motion and simply left to go with their own flow. Origins in meditation facilitation are evident, Rosenthal offering: “The Passage has been therapeutic for me. It serves as a call to deeply enter the slow flow of sound as well as an invitation to let the textures inhabit and transform the space around you.” The spiritually-averse among us may, happily, ignore the spiritual serving suggestions, and simply sprawl hedonistically in its hypnotic vapours.

This is the sound of a tundra, or the sound of an ocean journey, or the sound of in utero. In other words, music that is gentle, fluid, and encompasses the passage of your choice. But it’s the gentle textures, the little flourishes here and there, that make the listening essential; sure, you can put this next to recordings by Brian Eno, Aphex Twin, Harold Budd, or William Basinski, and it would be hard to distinguish. There’s a second track, the ten minute “Rae,” which blasts open “The Passage” with warm, invigorating light. Childbirth? Clouds breaking? Emerging from the depths? You get the idea. This second track is necessary to complete the first. Gorgeous stuff.