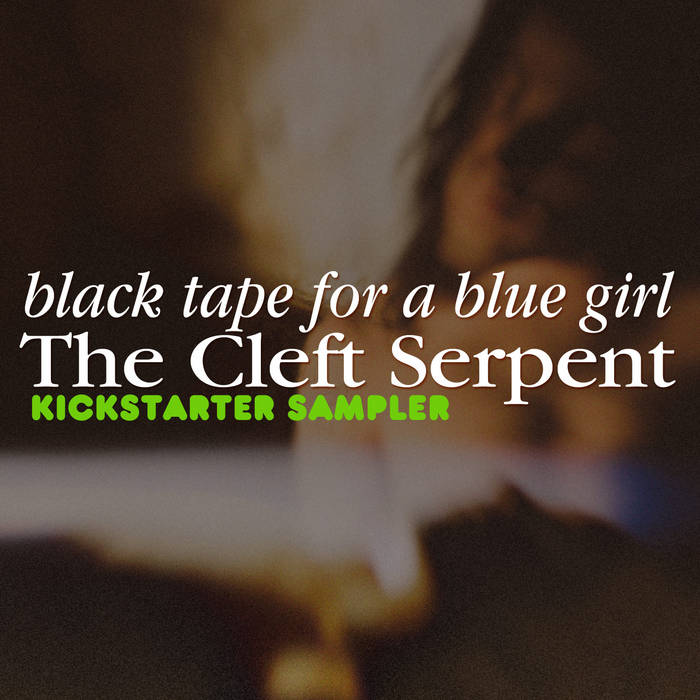 rikm An excellent teaser for the upcoming album by Black Tape For A Blue Girl, presenting three lush and beautiful tracks that bring to mind the richly orchestrated sounds of classic albums like "The Scavenger Bride" and "As One Aflame Laid Bare By Desire".

Definitely a project that I'll be backing...

This is Sam from Black Tape For A Blue Girl. This was the Kickstarter crowdfunding preview release for our 13th album, THE CLEFT SERPENT. It’s a lush, dark and sensual musical palette of string-hued Neo-Classicism.

The Cleft Serpent is an elegant, heartfelt, and tragic torch song to humanity. A deeply personal tale cast on an almost cosmic scale, the album is a mature and fascinating musing on love, death and desire. The eight gothic neoclassical tracks evoke a sense of earthly entanglement, taking the listener through interconnected pieces charged with emotional honesty. A dark and beautiful work, it's the 13th from Black Tape For A Blue Girl, and the first for vocalist Jon DeRosa and cellist Henrik Meierkord, joining the electronics of songwriter Sam Rosenthal.

We are introduced to a world-weary, eternal, devil-like figure -- almost a narrator, almost a protagonist -- who shape-shifts across the album's multiple eras and locales, guiding the listener through stories of loss, longing and doomed love. Far from the proud and defiant Lucifer we find in Milton and Blake, he's a cursed figure, achingly self-aware, fated to inflict pain, yet weary of pain and destruction; he's bound to the one he loves yet is driven to destroy.

DeRosa's earthy, touching vocals possess an inner strength giving the lyrics a passionate honesty, gravity and intensity. This singular performance draws no easy comparisons; it is truly a beast unto itself.

Meierkord's strings and Rosenthal's flickering electronics paint somber soundscapes of yearning melodies bound within the orbit of the character's fractured, chaotic and ultimately disintegrating lives. Never before has Black Tape For A Blue Girl's strings and electronics been more beautifully and masterfully intertwined.

The Cleft Serpent presents an original and thoughtful gothic torch song to humanity, embracing all of our tragedy, heartache, and loss. It is the perfect album for these times: life, with its longing, ennui and contradiction, is narrowed down to the touching interaction of flawed souls that alight in the scorched dreams of acceptance, transcendence and annihilation.