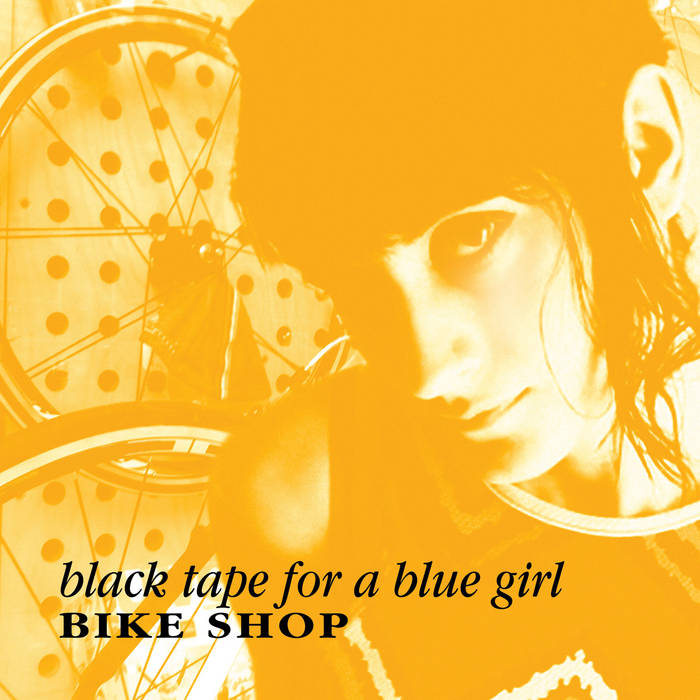 rikm Featuring vocals by Michael Plaster of Soul Whirling
Somewhere, Black Tape For A Blue Girl's "Bike Shop" EP tells a story from beginning to end, vividly capturing feelings and scenes in a style that I've come to associate very closely with Plaster.

As a fan of both projects, it's really kind of a perfect match to my thinking, an inspired meeting of minds that brings together the best elements of each artist.

Nerve Salad If Michael Plaster or Sam Rosenthal speak, I listen. But here we have something from both at the same time. So yeah, I'm really listening now. Michael's tortured voice, BTFABG's melancholy melodies, SWS's electronic accoutrements... Listen. It's strange to think I might have been waiting just about 25 years for this release. Kind of wish there were a few more songs, but this will do... Thanks, guys!

Scott Heartfelt and powerful! You can read some of my thoughts about the EP (after I listened to the test pressing) in the description to the left. Favorite track: she's gone.

Geoff I'm not sure if this EP is supposed to be one story, but it feels like one to me. Very moody, the layers of electronics and acoustics create a melancholy and beautiful atmosphere. Favorite track: bike shop / absolute zero.

Only one of the four songs will be included on Black Tape For A Blue Girl’s August 12th CD. These fleeting moments, their 11th studio album, is 70 minutes of powerful, gorgeously yearning tracks, born from the same place as their classic 90s releases Remnants of a deeper purity and A chaos of desire.

Sam says, “The tracks on the EP are quite different from the ones on the album; they are sparse and sensitive pieces written for Michael’s vocals. They’re up close and personal reflections on places and moments, asking how things fell apart. I wrote ‘Bike shop’ and when Michael got involved I quickly wrote three additional songs to tell more of the story of the character. But these weren’t the direction I was taking the album. I decided to put them together on this EP as a stand-alone piece outside the context of These fleeting moments.”

ScottM, one of Blacktape’s backers at Patreon, wrote: “Michael’s singing is perfect on each track. He achieves just the right combination of sadness, joy, frustration, weariness, and acceptance. Michael’s voice and Sam’s guitar appear to be right there in the room with me in all songs. The dynamic range is just right throughout… it sounds terrific!”


Sam & Michael interview each other about BIKE SHOP:
www.projekt.com/store/interviewed-michael-plaster-sam-rosenthal/

This release was funded by supporters at Kickstarter and my patrons.