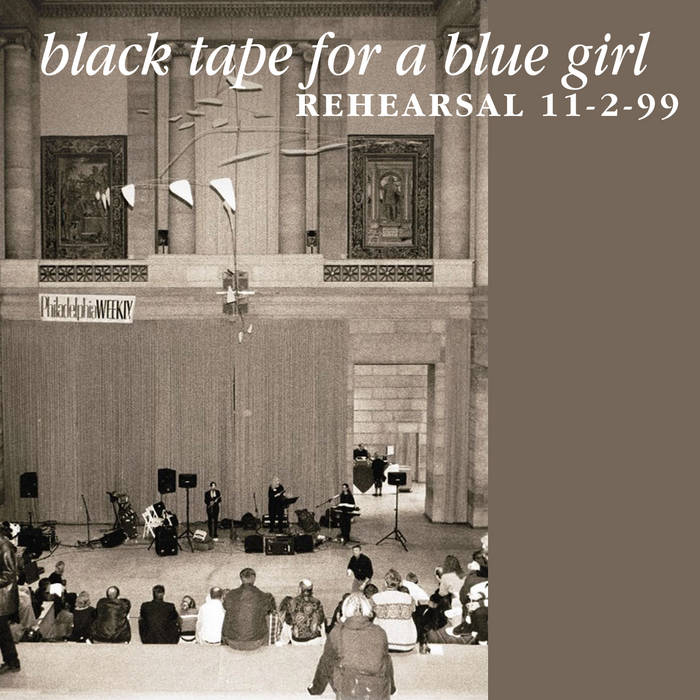 It made sense at the time. In the spring of 1999, I received an offer to play a show in November at the Philadelphia Museum of Art. Of course I said yes (this Museum houses the largest Marcel Duchamp collection in the world, and the As one aflame album had a Duchamp theme.) Then, months later, we were asked to open for The Creatures. Sounds great! Oh shit! The shows are the same day, in different cities. Of course, I said, “Yes” to the opening slot, and then whispered, “We’ll find a way to make this work.” For that story, search for “Show #88” here: www.blacktapeforabluegirl.com/gigography/

For these shows, the band was Sam (electronics), Elysabeth (vocals & viola) & Lisa (flute & backing vocals); the three of us had already performed 40 concerts together in 1999, and 31 in 1998. To make these shows special, I invited Vicki Richards to join us on violin; I knew she’d make a fabulous addition to the museum and Gathering shows (Vicki didn’t play in NYC, if I remember correctly).

This was the only time Vicki came up from Florida to perform with the band.

We rehearsed in the house I was renting in Queens, New York, crammed into my very small studio space in the basement. It’s wonderful to hear Vicki playing on songs we’d performed so many times with the flute or viola replicating her strings. And also, hearing her get into the mood of a piece and just do what she always did so well: improvise something really lovely! Vicki had never seen the band live, had only played these songs when we recorded them, so this rehearsal was primarily to give her an idea of the live sound, how the set would flow, and where her entrances and exits were, etc.

I have two DAT tapes of our rehearsals for these shows (this recording from 11-2, and another from 11-5). I transferred this one but then my DAT machine crapped out. I’ll get to the other when I can. This recording was only on the left channel. I’m guessing I did it in mono because we only had one speaker for the rehearsal, so I panned all the instruments to one side); the recording sounds pretty complete to me.

This documents the first time we all played together. The recording is straight through, with no edits, we only did one song twice. This was a quick run through the day before we headed to Philadelphia! Almost 20 years later, a bit of Blacktape history for you…

There’s some distortion on “decomposed” and a few other tracks.