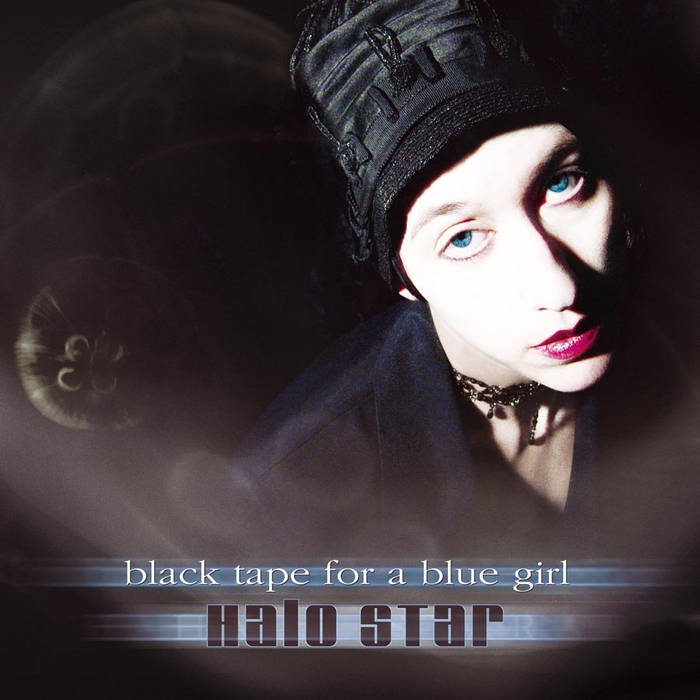 rikm On "Halo Star", Black Tape for a Blue Girl embrace a dark cabaret style, infusing the album with the sound of smoke-filled bars and opulent lounges. It's a richly textured album, particularly highlighted by the emotionally charged vocals of Audra's Bret Helm and the ethereal stylings of Elysabeth Grant.

Definitely one of Black Tape for a Blue Girl's best releases, and this expanded edition offers a wealth of bonus tracks and rarities to add to your enjoyment of it.

Scott An evolution of their sound is evident here, yet it remains recognizably Black tape.... Surprisingly to me, my favorite track here is one of their folkier songs (I tend to enjoy their classical and electronic the most) but this is a solid album throughout. I especially appreciate Bret's contributions - his voice adds a layer of darkness which works well with these songs. Favorite track: Your love is sweeter than wine.

GOTHIC PARADISE WROTE: Combinations of creativity and a bit of fun is a great addition to this album. Fans of the great ethereal gothic music are going to love this album’s somber moods and spellbinding music. Sam and his accomplices have managed to pull it off again with great style.

FAC193 WROTE: The ever-prolific project of Projekt head Sam Rosenthal and a cast of thousands, Black Tape For A Blue Girl have long earned their place in the pantheon of American Gothic music. Black Tape has earned it on its own terms, mixing ancient and ethnic musics with contemporary ennui — singlehandedly offering a new definition of what one might consider to be “Gothic.” Halo Star is Black Tape mark 2004, offering familiar faces (Bret Helm and Elysabeth Grant’s stirring vocals, Lisa Feuer’s flute and Sam’s potent electronics) but further exploring and plumbing the depths of their own sound. “Your love is sweeter than wine” is filled with droning, lush folk overtones, while “Tarnished” is deep, tantric psychedelia. Bret Helm could well be mistaken for the son of Peter Murphy on voice alone, and in “Knock three times” the similarities are delightfully uncanny and incite shameless envy from this reviewer. The beautiful spaciousness of Halo Star’s music is almost narcotic and deeply addictive — you’ll be hanging onto every word of Elysabeth Grant’s performance on “Already forgotten” and entranced by Vicki Richards’s violin drone on “Dagger” as it slow dances with the heady sea of ambience that is Sam’s electronic work. As much as I loved The Scavenger Bride, Halo Star is now my favorite of Black Tape For A Blue Girl’s recent work. It is, without a doubt, an instant classic. -Jack Alberson

GRAVE CONCERNS WROTE: While it’s often a departure from the fairly consistent introspective, intimate side Rosenthal and company have explored throughout the last 15 or 20 years, Halo Star showcases an interesting and ultimately successful sonic evolution. It’s an album that’s both more stylistically diverse and more accessible than much of their recent catalog but still retains enough “classic Black Tape” material to please fans of their more ethereal side. Whether you’re a long-time fan or a curious newcomer, you’ll find a solid album that is arguably one of the most interesting offerings the band has released to date.