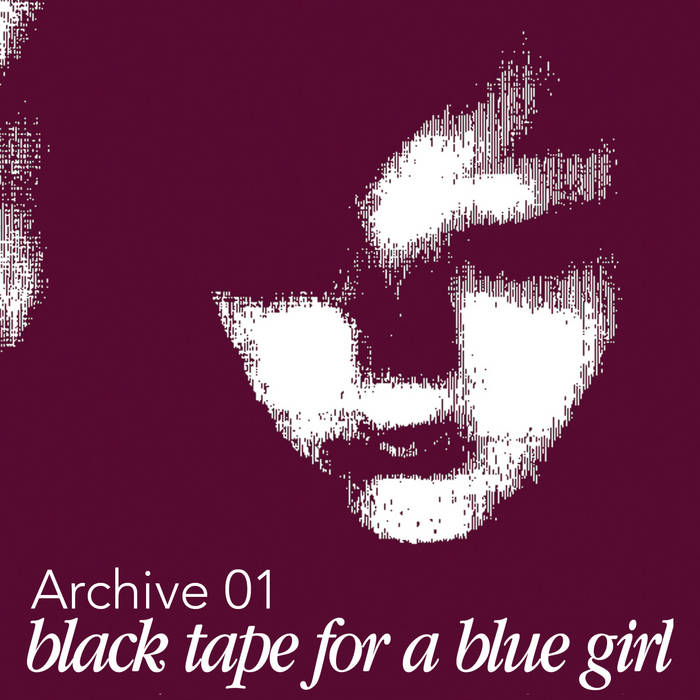 Scott I remember reading long ago a review of a Black tape album that contained a comparison to Dead Can Dance but it wasn't until revisiting this Archives release just now that I finally got it--this early version of Caught by a stranger does have some of that 4AD vibe (now I can hear it in several songs). Favorite track: You Tangle Within Me (original recording).

rikm A succinct and focused introduction for those who may not already be familiar with Black Tape for a Blue Girl, a hint of the wonders and magic to be discovered.,,

1 You Tangle Within Me (original recording)
This one is for you, Randy! A never-before-heard outtake from Ashes in the Brittle Air (First Version). This is the original final mix with the full lyrics (which I didn't write) as it was recorded with vocalist Sue Kenny-Smith in a studio in Brixton, London, summer of 1988. After I mixed Ashes the first time, I was dissapointed and decided to scrap half the songs (Read more about that here: blacktapeforabluegirl.bandcamp.com/album/ashes-in-the-brittle-air-the-unreleased-first-version-unmastered -- and patrons can listen to the whole First Version). "You Tangle Within Me" got pulled, and I revamped the song into the version that appears on the album (I only kept the "I ran to you" lines). In this version, you can hear Sue, as beautiful as ever. In the 80s this mix was transferred from the original 1/4" 2-track to cassette, then transferred to DAT at some point, and just now transferred to digital with a bit of quick EQ. Someday I promise I will take the 2-track mixes of Ashes First Version (with the other cut songs) and give it all a proper digital clean-up. (And, on reflection, what was wrong with this version? It's pretty damn cool. Sheesh, artists!)

2 Caught by a Stranger (subconscious)
In 2008, I emailed the instrumental mix of "Caught by a Stranger" to Laurie Reade in Minneapolis. There were no vocals written at that point. Laurie laid down melody and vocalization ideas for me, and that's what you hear here. We used this as a starting point when she came out to Brooklyn to record the final version of this song for 10 Neurotics. Hearing this track a few weeks ago inspired me to put together the Archive series. It has such a cool mood, there's no reason that it languish sadly in a folder on my hard drive.

3 August 2010
This is something I started a few years ago. It's just me on the guitar. It is sort of happy, something you might not expect from Blacktape, but what the heck. It's pretty! Someday, "August 2010" might evolve into a full-fledged Black Tape For A Blue Girl song. Or it might be relegated to the trash-heap of history. Let's see.

4 Floats in the updrafts (Live in Prague 2011)
Athan sang this track on 2002's The Scavenger Bride CD. It seemed like a perfect song for us to perform in Prague as that was the setting for the Scavenger album. This was the third time we played "Floats" live. Athan on vocals, myself on spooky intro, synths, and faux flute. Valerie cheered us on from the side of the stage. And thanks to those of you who Kickstarted our Eastern Europe tour; you are the best!