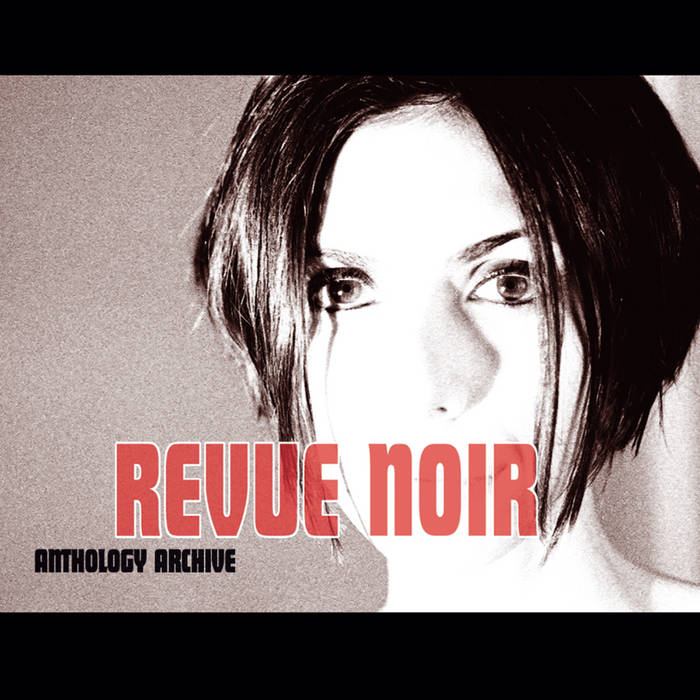 rikm A collaboration between Nicki Jaine and Sam Rosenthal, this release is an impressive collection of songs that fully capture the Cabaret aesthetic, reveling in a dramatic theatrical presentation and delivering emotional performances that swing from great heights to tragic lows.

Jaine's vocals add a level of emotional intimacy that informs the songs and brings a further layer of identification and association to the listening experience...

HOW TO GET YOUR NAME-YOUR-PRICE DOWNLOAD:
Click the yellow "Buy Digital Album" above; put in whatever amount you'd like to "buy" the download, "zero" is always an option. Chip in a little something if you can; your contribution is appreciated and goes to Sam and Nicki and Projekt so we can keep releasing great music.

Revue Noir is the dramatic collaboration between dark cabaret chanteuse Nicki Jaine and Black tape for a blue girl leader Sam Rosenthal. Residing somewhere between rock, cabaret and torch singer, Nicki’s captivating performance embodies the decadence and sorrow that filled the nights of pre-WWII Europe. Her direct, passionate delivery implores, seduces and screams out, setting a mood of desire and despair.

“Nicki is a performer who’s never left an audience less than riveted: With her cabaret noir style and a compelling, coquettish emotional nudity, Jaine is simply possessed of a timeless style within a voice that is just unexpected from such a vulnerable-looking young woman.” – East Coast Rocker

Arranging vocals, acoustic guitar, piano, electronics, drums and violin, Sam brings together the diverse elements to create a nurturing environment for Nicki’s performance. This charismatic group creates intense, narrative-driven songs; their emotional Weimar Republic-inspired expressionism captures the essence of an era when the world – externally and internally – was crumbling and all that was left was losing oneself in beauty and debauchery. Painfully direct and honest, this world is populated by lovers and friends who betray, disappoint, and unexpectedly disappear, leaving the storyteller adrift and worse for wear.

Along with the 10 original compositions are versions of The Velvet Underground’s “All Tomorrow’s Parties,” David Bowie’s “Rock ‘n’ Roll Suicide” and the Brecht/Weill classic “Alabama Song.” Within the originals are three tracks Sam first recorded with Black tape for a blue girl.

For ANTHOLOGY ARCHIVE, along with the already released material, Sam archived and revived seven additional rehearsal, demo & live tracks including two brand new original compositions (“Strange Little Show” and “She is the Madman”). “When Revue Noir stopped performing in 2005, there were only five songs that we released,” Sam recalls. “While we both continued on with our own music, finishing up a Revue Noir album remained on my ‘to do list’. At the end of 2007, I went back into the computer and found we had a lot of material laid down for rehearsing songs for live shows. There were bits recorded in my studio, or MP3s Nicki sent me to rehearse to. In looking through all of that, I realized we did have the material for the album, all that was required was adding the touches to finish it up.” ANTHOLOGY ARCHIVE is an intimate glimpse at what could have been / what might yet be.