An Hour of Ambience 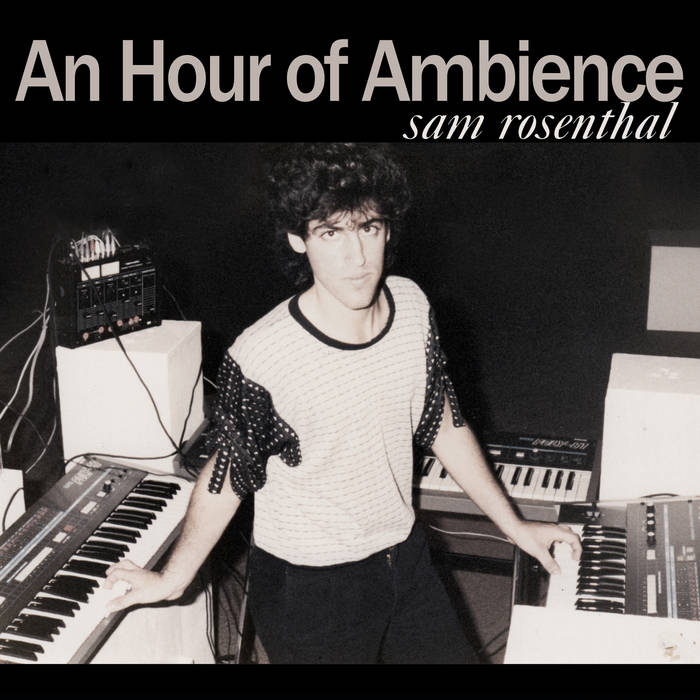 March 1 1985 • live electronic music for a three-screen video installation. Performed at Broward Community College's art gallery, these were my only solo electronic shows. The Noon and 7:30pm sets accompanied an hour of my video art ( see the article in the download for more, also here: www.blacktapeforabluegirl.com/wp-content/uploads/1985_0301.jpg ). 7:30 is up first — if you listen to just one, that’s the better of the two performances.

These days, bands put their backing tracks on the video and play along to it. That hadn’t occurred to me, I played the electronics live on three matching Korg Poly-61 synthesizers. The show was mixed with a Radio Shack mixer. No reverb or effects. There was no midi, everything was played by hand. The arpeggiator on the Poly61 had a ‘latch’ feature; I could hold a chord and let the patterns run while I played things on the other two. Sometimes there were two arpeggiators going at once, though not necessarily at the same speed. I believe the only thing that played off the video tape was Reagan’s SOTU in “The Reagan Song.”

I performed the first set at noon in the darkened art gallery, lit by the video monitors, and perhaps an overhead light so I could see my notes. In that first set I made mistakes in mixing levels and occasionally the arpeggiators’ speeds weren’t lined up. Honestly I doubt I rehearsed, as two of the Poly-61s belonged to the school. I don’t know if I had access to them in advance; rehearsing now seems like an obvious thing I might have wanted to do! For the 7:30 set I was better prepared. There were some changes, such as no drum machine at the start of “Turkey Point,” and the transitions and level changes have more finesse.

The show ran as one long piece, I broke it into cue points for you. A number of the pieces were recorded on only the right channel of the cassette, no doubt because of the junky cables I was using. To fix that, I put mono across both channels. At some points, wires crackled and audio on the left channel dropped out, I replaced those spots with mono as well. It’s not noticeable on causual listening, I’m mentioning it in case you spot weirdness with stereo/mono. The only changes I made was compressing the levels so the tracks hang together better, adding a touch of reverb to create room sound, and fades on the heads & tails of some pieces.

What can I remember about these shows? Pretty much nothing at all. I don’t remember how many people were there, though I do remember people in the room. Did they sit and watch the whole thing? Or come and go? I don’t recall. How did they hear about it? What did they think? Did they clap at the end? You got me! Considering how I performed this (live, no midi, no backing tracks, just a few written notes for my settings and chords, and no effects) it turned out much better than I remembered.