Across a thousand blades (demos​+​live) 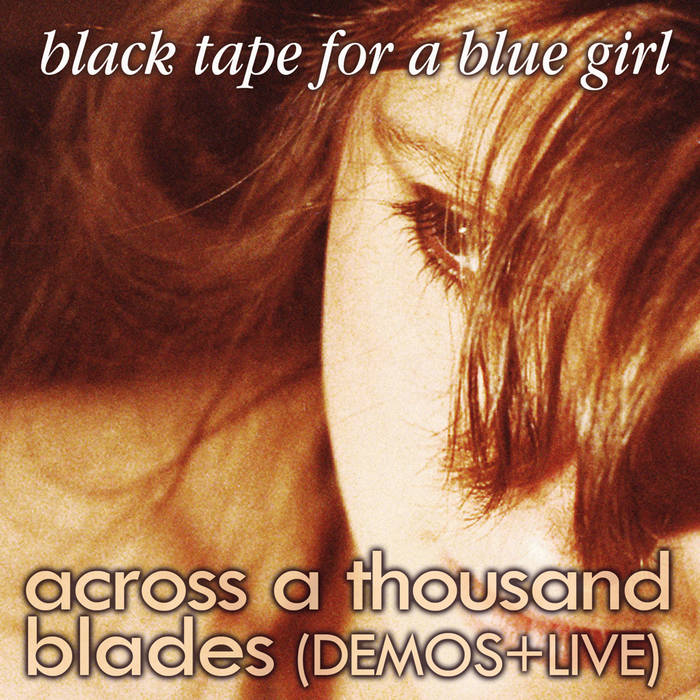 Uncle Brains Musical evolution right inside your ears. A remarkable look at how this classic black tape's song was polished and transformed. Favorite track: Across a thousand blades (live 8-2-1997 Projektfest Chicago).

Scott I appreciate a release like this because I like hearing how songs evolve over time--the display of artistic growth and experimentation is interesting to me. Favorite track: Across a thousand blades (8-11-1988).

"Across a thousand blades" is Black Tape For A Blue Girl's best known track from our first decade. It was released on 1989's ASHES IN THE BRITTLE AIR, our third release. I've pulled together some never before heard demos and live tracks. I hope you enjoy them.

I've always imagined that "Blades" sprung into existance fully-formed, created in a mad scramble to write new songs after I scrapped the first mix of the ASHES IN THE BRITTLE AIR album. Alas, that version of my history has been debunked by the discovery of thess demo tracks.

I’m in the process of recreating the first mix of ASHES, for a soon to be released Bandcamp exclusive: ASHES IN THE BRITTLE AIR (THE PREVIOUSLY UNRELEASED FIRST VERSION). It's really a completely different album from the one you know. You will hear 5 unreleased songs, along with different recordings / mixes of 6 songs from the album proper.

In the fall of 1988, I grew dissatisfied with the album mix I had completed, as well as dissatisfied with a number of the songs themselves. I tossed those, revamped others, and wrote new ones for the official version.

“Across a thousand blades” didn't appear on the first version of the album. My memory has always told me that I wrote this song really quick one afternoon, in preparation for a trip back to Florida to record with Oscar.

While digging through the cassette vaults I discovered something odd. A tape from late-87 with a song titled "Across a thousand blades (other ver DCD trump)" (the 2nd track in this download). As far as I can tell, this song was created during the process of writing pieces for the album. However, what you hear has nothing to do with the song you know; perhaps there's something familiar in the Emax horns, but nothing really carries through except for the title.

I think that must be it! I liked the horns - and the title - and when I was rushing to write replacement songs, I started with those two elements and created something new.

The 1st track here is a demo of that new version of “Blades;" most of the elements from this demo appear in the final version. On this recording, I'm playing my ESQ-1 keyboard and the HR-16 drum machine; no vocals, no drums, no electric guitars. This is my synth demo.

Those two songs were transferred from cassette, and sound great considering their age, and the crappy quality of the tapes they were recorded on. I added some compression and a touch of EQ.

The 3rd song is the final mix of the song, from 2007, with a bunch of extra vocals and instruments added over the years.

Honestly, if I had been an outsider hearing these demos in 1988, I never would have predicted a dramatic goth rock track like "Across a thousand blades" would arise from them. But arise it did!

It's one of the best known Black Tape For A Blue Girl songs.

I hope you enjoy this view into the creation of this classic track.


Also included in this download are two live recordings from 1997; these are taken from some of the few shows Oscar performed with the band. I transferred these from DAT and they reveal all the imperfections of the live experience. But still, this is history!