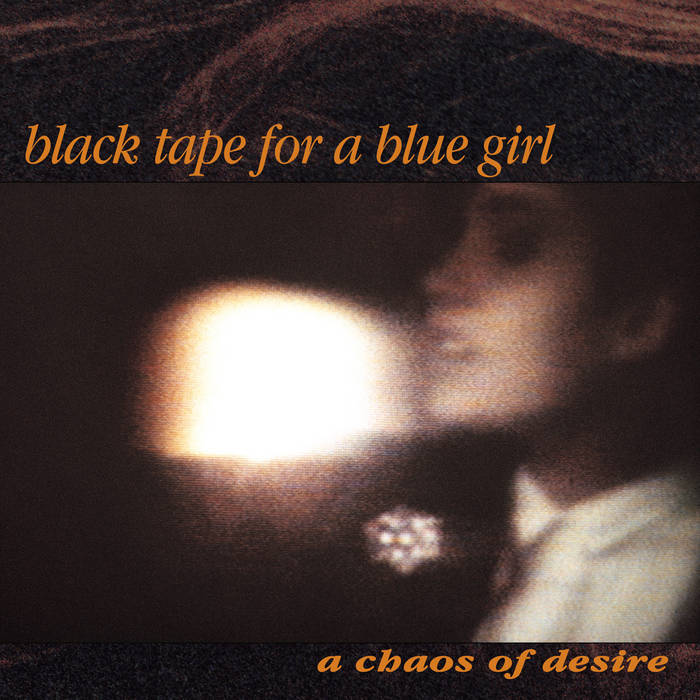 There’s a new shine upon CHAOS’ dark beauty. On its 31st anniversary remaster, the ethereal gothic ambience of Black Tape For A Blue Girl’s 1991 fourth album swims in a sea of memory, a heart filled with pain and despondent hope. These 12 existential tales inhabit a chaotic realm of memory, fear and desire set upon dense electronics confronting pained emotions. Oscar Herrera’s intense, searing vocals and Julianna Town’s sensitive siren song are strongly complemented by Vicki Richards’ sinewy violin. Throughout it all, songwriter and band leader Sam Rosenthal stirs up a brooding undertone of electronics, expressing the stages of desire and despair.

What has been said about A CHAOS OF DESIRE?

SAN FRANCISCO CHRONICLE: Black Tape For A Blue Girl is a treasure of a band. Their sound is lush, full and beautiful, which is not to say wimpy. This is beauty with an edge, perhaps even a slightly desperate air. Richards supplies sensuous violin lines. Recommended.

BANDCAMP FAN COMMENTS MASHED INTO ONE QUOTE: Lush and sensual, it perfectly brings together all of the elements that draw me to the music of Black Tape for a Blue Girl. Richly textured and beautiful, this is a particularly powerful release from their outstanding collection of albums. A milestone! The soundscapes touch me on a spiritual level. It comes with me to places I only thought I could get to alone. Aural Beauty!

ALL MUSIC GUIDE: CHAOS ratchets up the lyrical intensity even more strongly than before. Given how intense Rosenthal generally is anyway with his words, this may seem a hard task to accomplish, but one listen to the lengthy, majestic album centerpiece, “The Hypocrite Is Me,” will confirm it — Herrera delivers a lyric of deep self-loathing with command, while the music backing him is an intense series of rumbling electronic tones matched at the end by a great, gently reverbed violin solo from guest performer Richards.

BSIDE MAGAZINE: This is more of that unexplainable type of lacy textured, swaying music. It’s actually sort of hallucinatory, the way things add and subtract andslowly swell… like the ocean. A CD for people who listen to Dead Can Danceand see mystical visions. This makes the Cocteau Twins sound upbeat with more of an emotional depth, more of a real despondency.

OPUS: The twelve songs on A CHAOS OF DESIRE move from dark explorations of love and heartache (which often feature Hererra's melodramatic vocals) to softer, more ambient pieces that blend Rosenthal’s synths with fragile string arrangements (e.g., “Beneath the Icy Floe,” “Of These Reminders”). As you might imagine, I prefer the latter, as they provide a perfect example of Projekt’s 'vintage' darkwave sound.

THE GAVIN REPORT: Moody songs of tragic beauty. The music is often moody and foreboding, soaring to incredible tonal levels. The vocals are clear and sparse, laden with emotion and intrigue. Certain to satisfy the neo-classical aficionado.