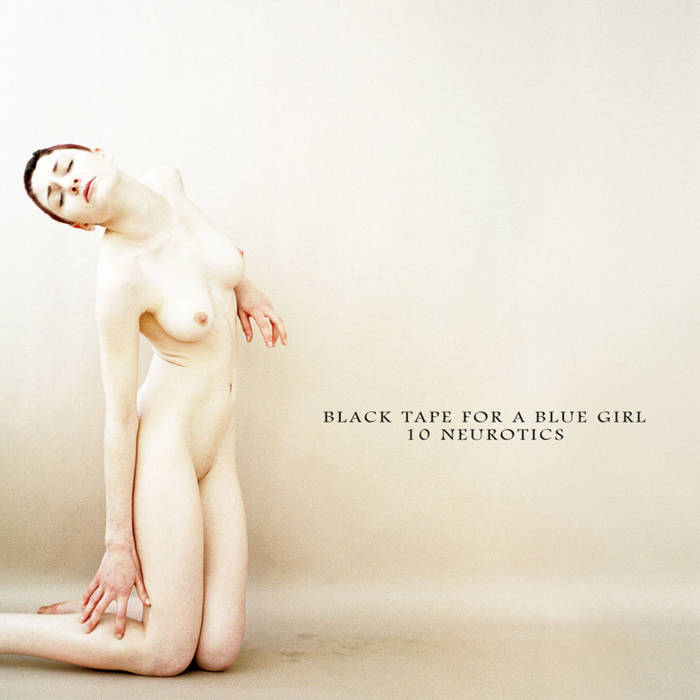 Hansel Nothing I love this album. Thanks for this gem. Favorite track: The Perfect Pervert.

rikm A fine example of Dark Cabaret aesthetics, a rich, sensual, and intoxicating listening experience that stays with you long after the last notes have faded away...

From Sam: I still love 10 NEUROTICS, our 2009 album. I think it was a departure, and listening to it right now, I think it's an amazing performance by Athan, Brian, Laurie, Nicki (& myself). I think a lot of people missed it, or didn't get it. Either because it came out during that death-of-cds-era, or they were put off by the naked girly and the themes of personal revelation.


“Emotionally charged, theatrical, bold, raucous, heartbreaking, and beautiful, 10 Neurotics is a grand and exciting musical direction for Black Tape for a Blue Girl. Traversing fresh musical ground including the evocative flavouring of Dark Cabaret, they never fully relinquish their well-known sensually provocative sound. Blacktape emerges that much more important for its willingness to fearlessly incorporate unexpected elements into its work. They add a stronger, more theatrical component; you feel as if you are watching a powerful stage show in motion. 10 Neurotics is a great album! It may be Blacktape’s best!” – Matt Rowe, Muscictap.net.

10 Neurotics reimagines the passion of Black Tape For A Blue Girl (and visionary founder / songwriter, Sam Rosenthal) in a rock / dark cabaret setting. Sam challenged himself to put the electronics and lushness aside; he wrote these songs on the acoustic guitar, an instrument he had never played before. The results bear a more considered approach to songwriting: structured, melodic and dare say even “traditional” in composition. It is a new approach to the mood and power for which Blacktape is known.

Featuring drum kit and bass for the first time in 20 years (courtesy of new band-member Brian Viglione of The Dresden Dolls & The Violent Femmes), these fourteen songs are revealing first person narratives. These are stories so unnerving and personal that 10 Neurotics features an all-new line-up; the previous vocalists quit the group out of discomfort with the content.